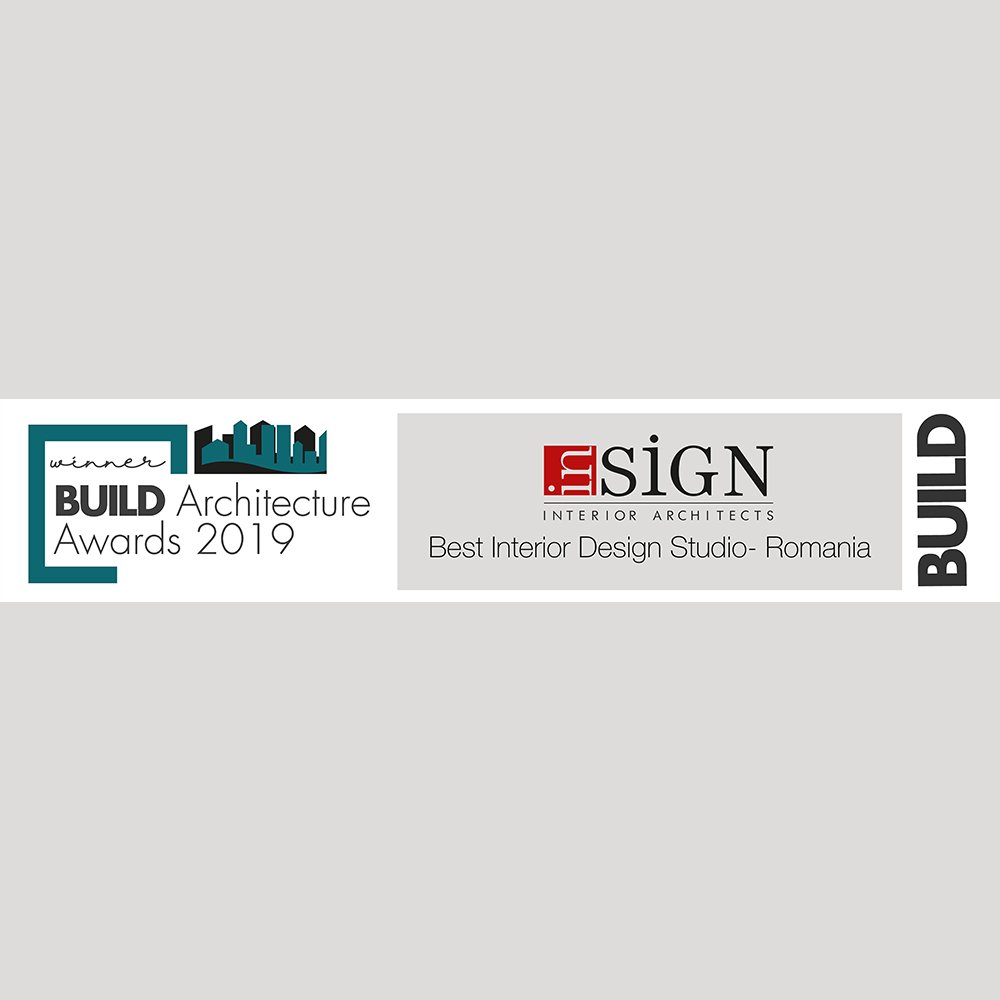 The designation “Best interior design studio” is realised by an internal jury based on clearly established criteria such as excellence in the field, the complexity and diversity of projects and the innovations that the company brings to the market. This jury consists in a group of assessors, specialists in this field, which analyze a list of design studios based on extensive research. The members of the jury include BUILD executives, as well as the research team manager, Jeremy Roe, who has enjoyed over 30 years of experience in evaluating programs and competitions in a variety of industries. The jury offers fair competition conditions for all selected interior design studios, with the ultimate goal of recognizing the best and most valuable of them in every country.

This year, following the analysis of all the nominated dossiers and the additional informations that led to the consolidation of the nominations, inSIGN was named “Best Interior Design Studio – Romania”.

Architecture Awards is at the fifth edition with amazing feedback from readers, companies and people who participated in the world-renowned BUILD awards.